Kintsukuroi: More precious for being broken 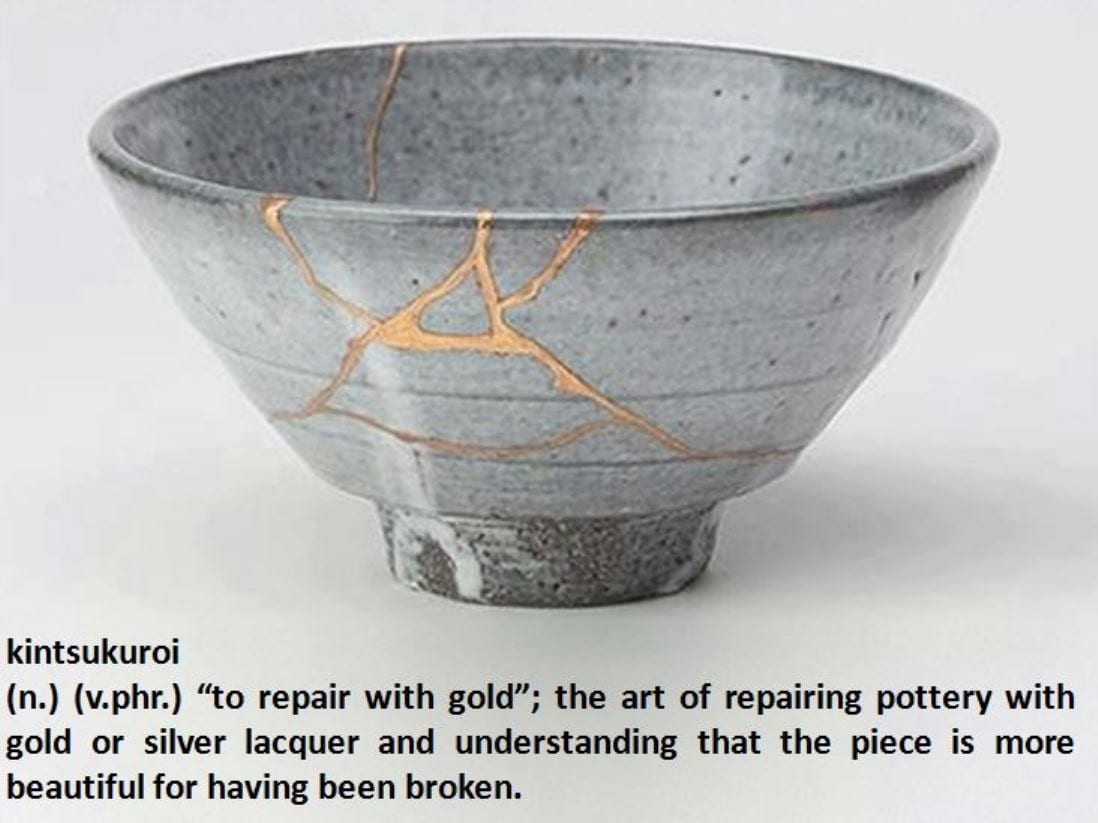 Kintsukuroi is the Japanese art of repaired pottery, but the concept goes much deeper than just pottery.
Consider that a handmade object, like a bowl or cup, is revered for the care it took to make it, its beauty, and its purpose. But broken, the object is demoted and loses its honor, so to speak. Repaired, however, the object can be given a whole new level of appreciation.
There is a Japanese story dating back to the mid 1500s, that goes like this. A great military leader (with a supposedly hot temper) was given a beautiful bowl for an important tea ceremony. Someone dropped the bowl, which broke into five pieces. One of the guests spoke up with an improvised poem cleverly linking the name of the giver of the bowl, the style of the bowl, and the five broken pieces, making them all laugh and avoiding the wrath of the hot-headed leader. This specific bowl has since become quite famous, and is considered now an “Important Cultural Property.”

So we might say, that instead of the break “…diminishing [the bowl’s] appeal, a new sense of its vitality and resilience raised appreciation to even greater heights.” The bowl has become more beautiful for having been broken. The true life of the bowl “…began the moment it was dropped…”

In other words, the proof of of its fragility and its resilience is what makes it beautiful.

We might say this about people as well, that we are all fragile and sometimes we get broken. But, when we are mended again the experience can make us better than we were before- an interesting and inspiring thought.